SUM OF THE PARTS

SUM OF THE PARTS a pandemic portrait series

(Pandemic year one and year two)

At the onset of the pandemic, unable to leave Toronto, unable to gather with anyone, and living alone as I do, I began going on social distance walks with my Toronto friends, making self-portraits with them. I call this on-going series Sum of the Parts, as in “the whole is greater than the sum of the parts” because one photo at a time, six feet apart and wearing masks, I was assembling the puzzle pieces of my Toronto lockdown community. The first image in the series was made on April 24th, 2020 with my neighbourhood pals Lisa Logan and Yvonne Bambrick. It was the first time I’d brough my tripod and camera to our morning coffee meet-up (now distanced, wearing masks, completely unsure of what lay ahead). The second was at our first socially distanced family gathering: my mother’s birthday in my sister’s backyard, with mom standing 4 foot 11, holding a giant bouquet of flowers. A year and a half and over fifty socially distanced portraits later, as the first vaccines were being rolled out, I grabbed my camera, lights and tripod and headed to a porch concert on Yarmouth Road to photograph and hear blues/jazz diva Laura Hubert, accompanied by Peter Hill on piano and Chris Dale on the saxophone (Peter and his wife Caroline Connell had started the concerts as a thank-you for a friend working on the front lines of the health care crisis). An audience of neighbours and friends lined-up with bikes and lawn chairs across the street, some sitting on the curb along the sidewalk. Dark clouds were gathering in the western sky but the rain was holding off. We could feel autumn coming and wondered if vaccines meant we’d be spared a second winter of outdoor concerts. It was chilly, regardless of how hard we tried to pretend it wasn’t. The band played and Laura sang her heart out as she always does, casting a spell on us with her renditions of “Blue Skies”, “P.S. I love you”, “Careless Love”, “Don’t Explain”, and “Angel from Montgomery”. It was as though Laura’s voice were lifting us out of the darkest and most uncertain months of the pandemic and it was then we began to see that things were changing. I decided that the portrait of Laura, Peter and Chris should be the last.

October arrived and the border to the US opened just on time for me to drive to New York for the first ever in-person screening of my film Forest for the Trees at DOC NYC. It briefly felt like things were getting back to “normal.”  Yes, the series was over, I thought, even though there were many other friends I would have liked to photograph. The time for it had passed, and that was a good thing. Then came Omicron and the fifth wave. The rules were not as strict, but it was a window to try again at a missed portrait from the “before the vaccines times.”

There’s a back story to finally making the portrait with artist/filmmaker, educator Paulette Phillips and her partner Michael Buchanan, an artist/fabricator. Six months earlier I was making plans to visit Paulette and Michael at their studios in Prince Edward County to make a portrait. But around that time, Michael was out riding his bike when he was struck full-on by a car (the driver’s fault). Michael’s injuries were extensive, but he was going to recover. He was confined to his bed for months. Despite his condition, Michael wanted to help me with my art project and be a part of Sum of the Parts. So, I headed to the County. It was still summer. It was a grueling effort for Michael to stand even for the few minutes it would take to make a frame, but Michael wanted to do it. We got off one shot before he nearly collapsed. That collapse, which Michael believes would not have happened if he had remained in bed, alerted him to a more serious underlying issue. He was rushed to hospital and treated for internal bleeding. Had our obsession with making a picture nearly killed him? I felt conflicted. And yet today, by Michael’s account, that portrait session saved his life. There is no trace left of that one photograph we shot. Its purpose was something outside the frame and I deleted it. Not a soul but me ever saw it. It reminded me of Robert Capa’s famous photograph of the “Fallen Soldier” taken “at the moment of death”. It felt too close to that moment, and it wasn’t anything I wanted to remember. I would rather remember that moment as the moment where life was saved. The last photo in this series, then, at least up until now, is the photo of Michael, Paulette, their dogs Sweet Pea and Archie and me on the river behind their place on Morrison Point Rd. It’s early-winter and the sun is shining. Heavy winds that week had felled trees and dislodged the dock. A thin sheet of ice extends behind us on Lake Ontario. Being healthy and being together to pose for this portrait was a reminder of our gratitude for life and for each other and of the precarious nature of everything.

Sum of the Parts is dedicated to our dear friend Dan Allman, whose particular combination of kindness, mysteriousness, intelligence and playfulness made him so cherished by all who were fortunate enough to love him and be loved by him. He died on February 2nd, 2022, in Victoria Canada. RIP sweet Danny. 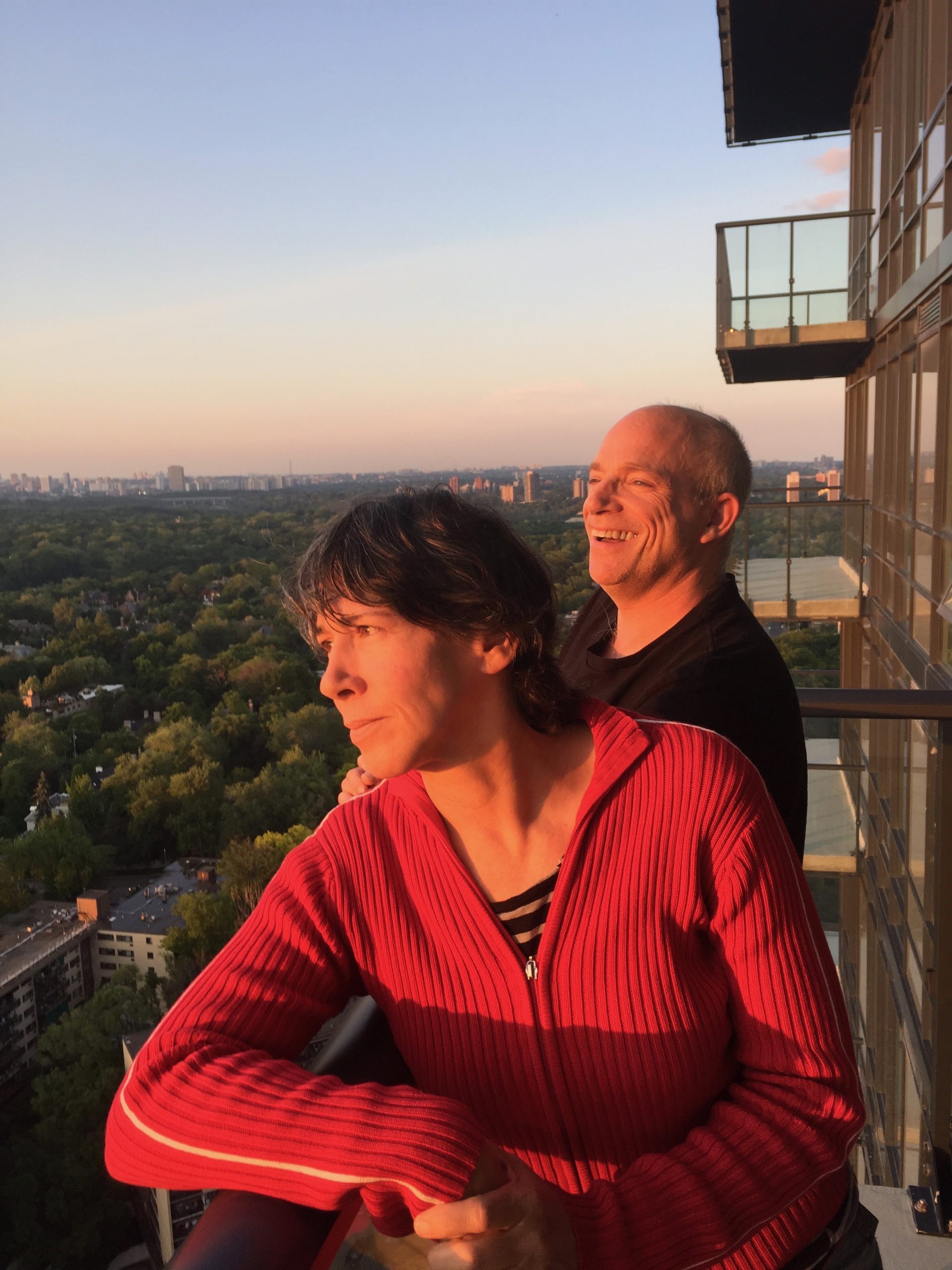